Difference between revisions of "NEO-MGA" 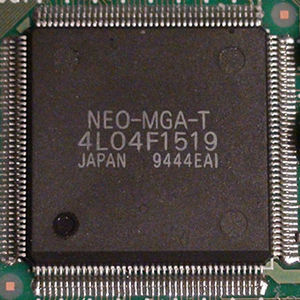 NEO-MGA is a damn custom chip apparently noone knows about, which is found in 3 versions in the CD systems:

It's used for communication between the main board and the CD module, for handling DRAM access (?) and for buffering CDDA data.